Powering Up the Trades 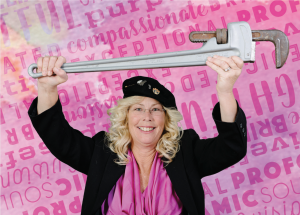 Melanie Lichtfeld is on a mission to change our country’s perceptions of post-high school plans, the trades and small business in general. As the fourth-generation owner of Lichtfeld Plumbing, she’s actively working with government to give the trades and small businesses more leverage when it comes to decision-making. In fact, her goal for 2017 is getting the trades included in the new government-funded community college bill.

“The trades are one of the most important things in our country and yet they are the least respected,” says Lichtfeld who points out that when you head home from work, you may not necessarily turn on your computer, but you almost certainly will flush your toilet.

Lichtfeld believes the key is to start at the high school level by reintroducing trade classes into curriculums, creating viable options for students who prefer more hands-on careers like plumbing to four-year degrees. She’ll work with the new administration at the State Capitol to ensure the higher education agenda includes trades apprenticeships.

One reply on “MELANIE LICHTFELD”