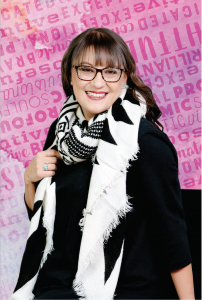 “Statistically, people that grow up where I grew up or look like me don’t have the opportunity to succeed. I’ve always known this and have wanted to prove that a Native American girl from a small rural town can do big things,” declares Wenona Wolf, communication and development manager for the Wisconsin Council for Children and Families.

And Wolf is doing just that—as a fundraising powerhouse at the council and serving on the boards of numerous local organizations including Community Shares of Wisconsin, Bayview Foundation and the Wisconsin Women’s Network. Her commitment to giving back is rooted in a burning desire to create legal and public channels accessible to all—a mission focused on raising awareness about biased public policy and roadblocks to education. “We’ve failed as a democracy by perpetuating the myth that one system is going to equally serve and address the needs of everyone,” Wolf says.

She is also forthright about the inequitable distribution of resources that plagues the state—and the nation—for people of color. Wolf doesn’t mince words about how such disparities overwhelmingly continue to affect Native populations. Many tribes and individuals remain “invisible” citizens on the very same land that in one sense has always been their own. “This country wasn’t founded in a way for Native Americans (and other minority groups) to succeed. A lot of terrible things happened in the process of building the United States. So it’s naïve to think we all now are going to have the same opportunities,” she says.

Wolf can personally attest to the often unheard or undocumented tragedies of systemic injustice. Having spent part of her childhood on an Ojibwe reservation in Northern Wisconsin, she experienced firsthand how lack of proper healthcare negatively affects families and a community as a whole. “Many of my relatives died at a young age. One of my aunts was only 30,” Wolf reveals. “My grandma passed away when I was in middle school and I am angry she was probably taken too soon because she didn’t have access to the things that could have made life better for her.”

Wolf passionately believes that training the underrepresented in the medical field will help ensure quality facilities and assistance in tribal areas. She’ll play a major role in the initiative as a founding board member of the new national organization We Are Healers, which encourages more Native American youth to pursue health-based professions. Wolf says, “I lend my talents, voice and privilege to lift up individuals most affected by inequity, discrimination and racism.” –Rachel Werner