On the afternoon of May 30, 2020, a crowd of thousands gathered at the top of State Street to protest the deaths of George Floyd, Breonna Taylor, Tony Robinson and countless other Black people that had been killed, primarily by police, the last several years. The protesters walked around the Capitol Square, headed down East Washington Avenue, and on to Williamson Street, where Robinson was shot in 2015 by a Madison police officer.

Protesters peacefully marched to convey their support for the Black Lives Matter movement, which advocates for Black people socially, economically and politically. The protest also served to raise awareness of racial equity and police brutality. On June 7, the African American Council of Churches organized a Black Lives Matter Solidarity March to show support for the movement as well. News outlets have reported that in total, 45 Wisconsin communities from Marshfield to Milwaukee and everywhere in between held peaceful protests.

Unfortunately, rioting and looting occurred early in the morning of May 31, and for several days afterward. Seventy-five State Street businesses (and others around the city) were damaged. City and police officials reported that a small number of people not affiliated with BLM (many from out of town) were the perpetrators of the damage.

We talked to six Madisonians about their take on this momentous time, and how we can move forward — with solidarity — as a city, and a nation: 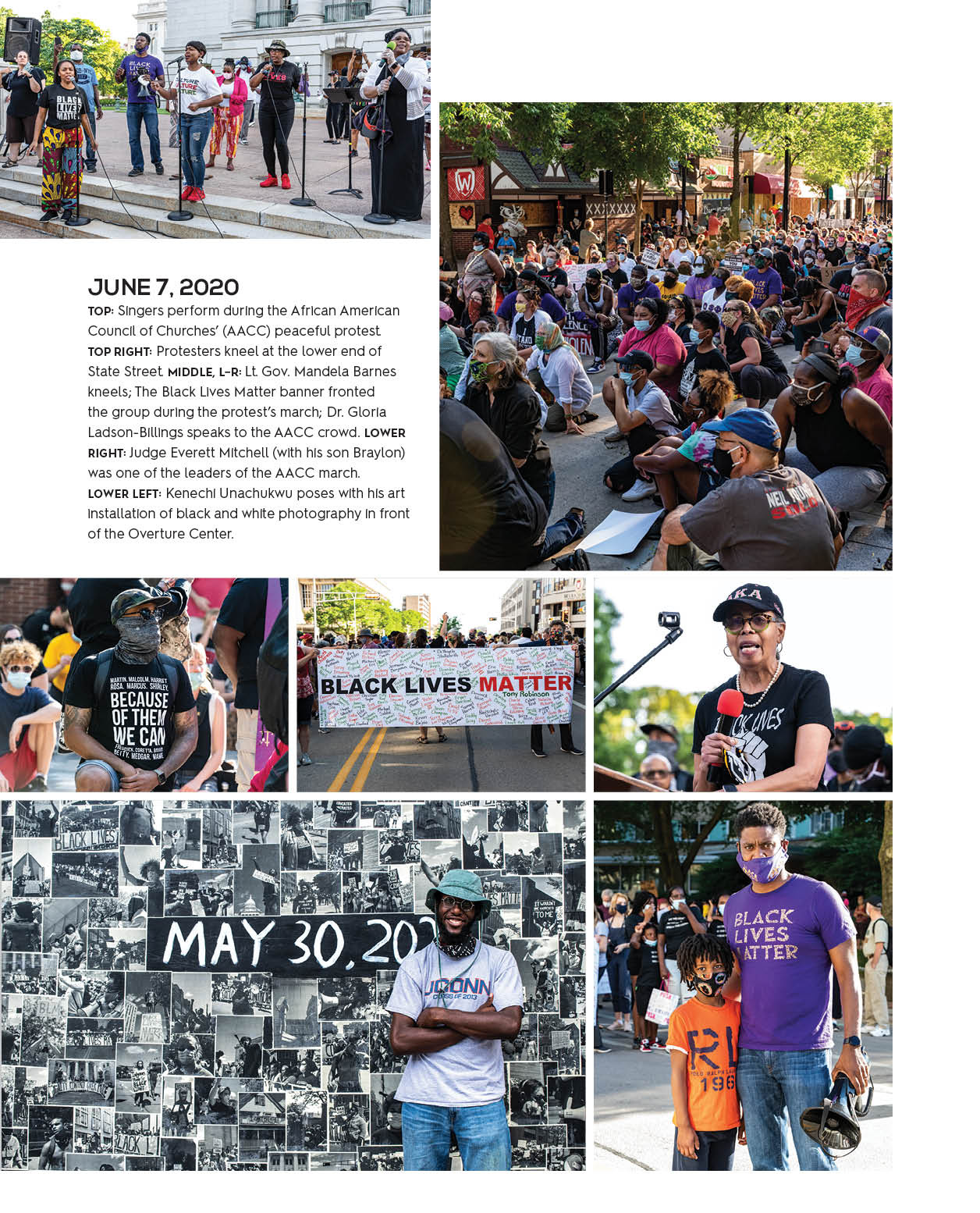 Written By
BRAVA
More from BRAVA
While it may be tempting to use an online mortgage lender, according...
Read More

2 replies on “Solidarity in the City”