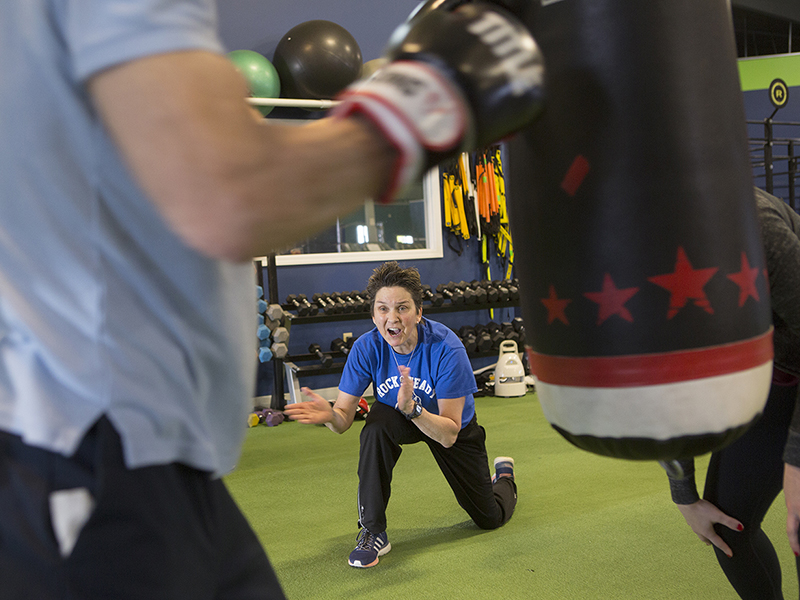 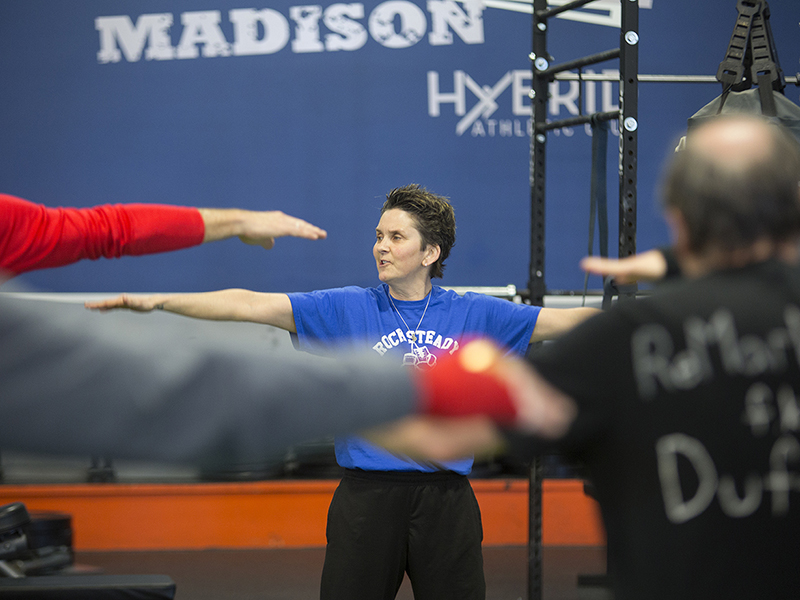 Lee Ann “Cauliflower McPugg” Cooper, of Middleton, shadow boxes during a Rock Steady training session at Hybrid Athletic Club in Fitchburg. She says her boxing name comes from a character in comedian Red Skelton’s sketches. Rock Steady is a non-contact fitness program that aims to address and improve many of the signs and symptoms associated with Parkinson’s. Parkinson’s. “Our program emphasizes hope. We focus on what you can do — not what you can’t,” Batt said. 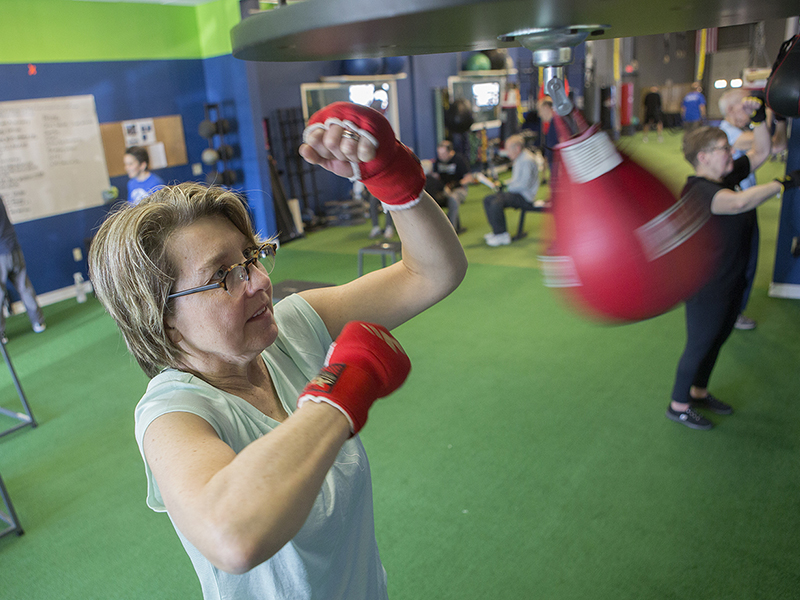 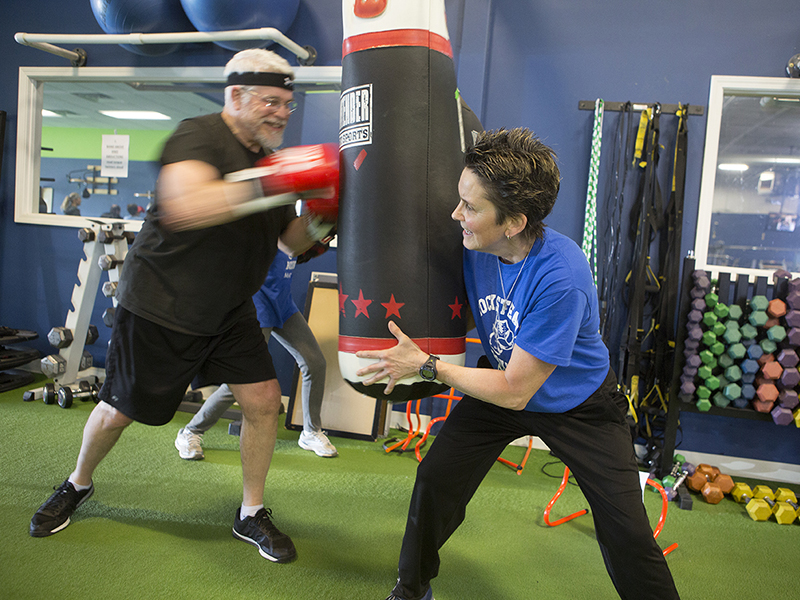 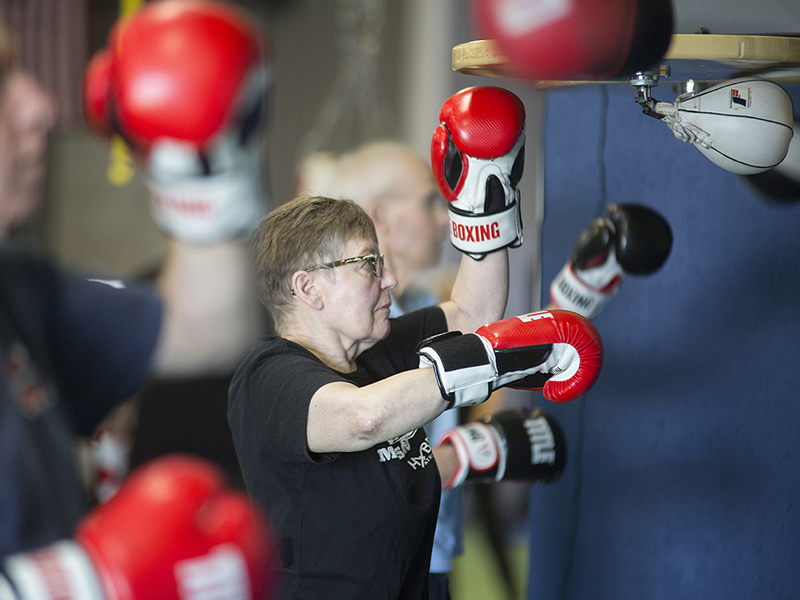 Lee Ann “Cauliflower McPugg” Cooper (center), of Middleton, and other Rock Steady participants work the speed bags during a recent training session. “It keeps you limber, builds your muscles and it’s a great workout,” Cooper says of Rock Steady Boxing. Plus, “It’s great to be among others that have the same problems I am having with Parkinson’s.” 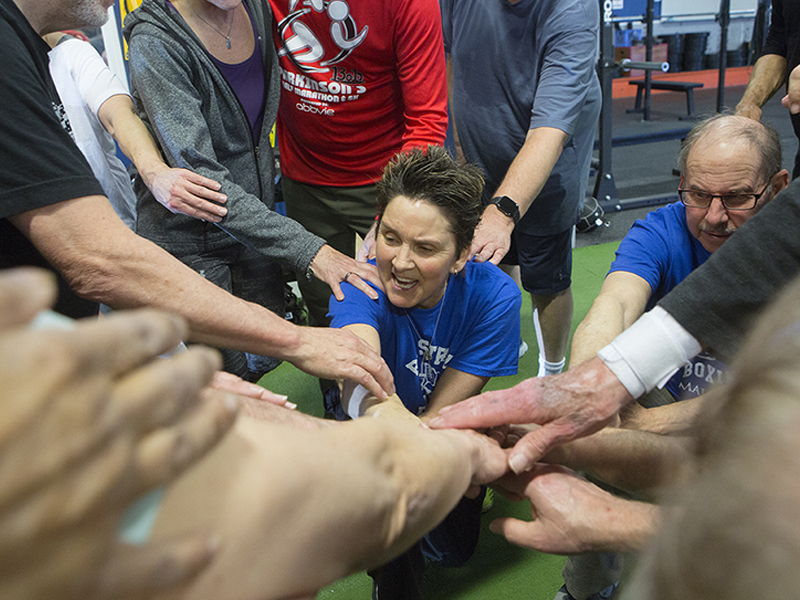 Patti Batt leads a group cheer at the end of a recent Rock Steady Boxing Class at Hybrid Athletic Club in Fitchburg. “The classes are exhausting because I’m running around for 90 minutes focusing on a lot of people, but after every class, my heart feels full,” Batt says.