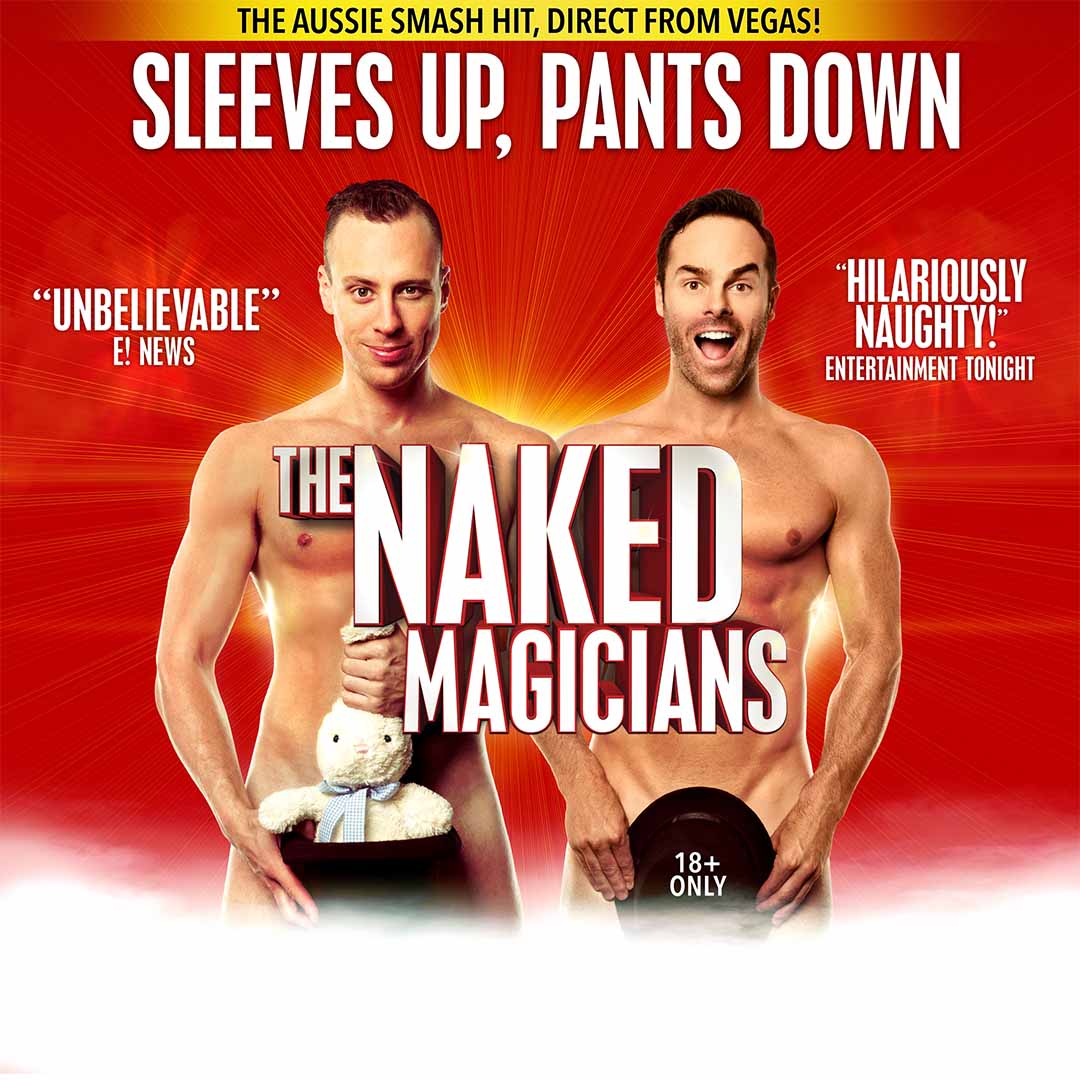 The Naked Magicians will return to the U.S. for a coast-to-coast tour in 2020 following their smash hit 2019 residency at MGM Grand, Las Vegas. Starring Mike Tyler and Christopher Wayne, two of Australia’s most famous magicians, the duo will forego top hats and capes for full frontal illusions complete with magic, muscles and endless laughs. Perfect for date night or the ultimate “Girls Night Out,” The Naked Magicians have performed – and undressed – for millions of fans in more than 250 cities and seven countries.

The buff bros went from best friends to partners in prestidigitation following several boisterous audience members asking them to make their clothes disappear. “It’s kind of crazy because magic is the second-oldest profession ever and we couldn’t believe that no one had combined the two things that everyone loves — magic and nudity,” says Wayne.

The broad-shouldered Wayne and proud owner of a freakishly long tongue is the first Australian magician in TV history to have his own TV series (More Than Magic). The sporty tan lines and incredible physique seen on stage hint at Tyler’s Speedo-wearing days when he swam competitively at the Australian National Championships and Pan Pacific Games before becoming a professional magician.

“Being on stage doing magic without relying on pockets or sleeves does add that extra challenge and ups our game,” Wayne says.