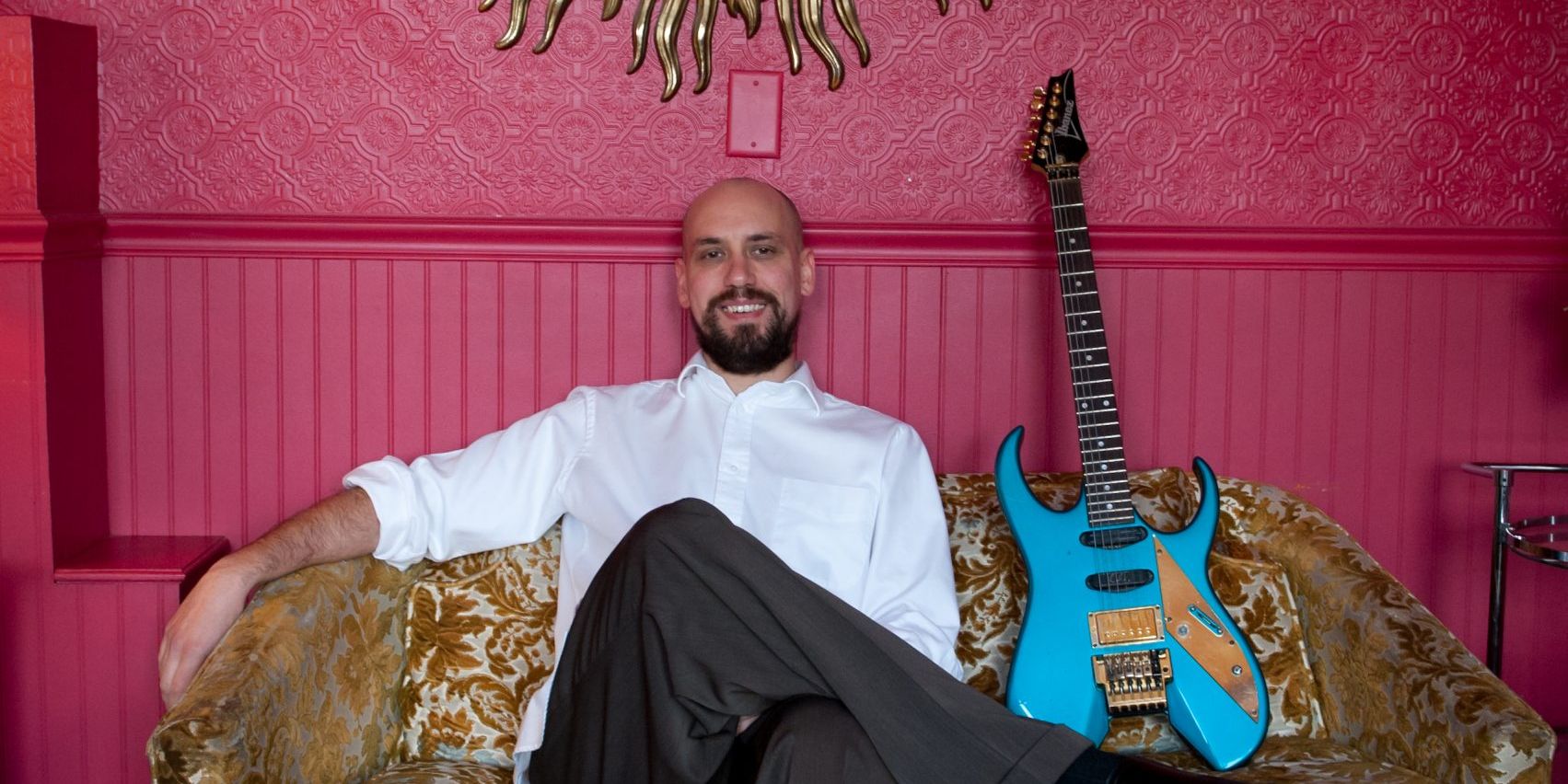 Join us for a special night with Louka Patenaude performing with John Christensen and Al Falaschi. Special guests Lawnmower will open the show.

Louka Patenaude, a veteran of the Madison music scene, is a performing guitarist, teacher, recording studio artist, songwriter and composer. As a professional teacher, his career goes back almost 20 years. He has appeared on many recordings and has toured throughout the Midwest, Europe and Pacific Asia.

As a bandleader, songwriter, and producer he released The Optimistic (2006 on Layered) and The Very Best of The Fingers (2012 on Layered). Patenaude played with the widely known reggae group, Natty Nation, with whom he toured throughout the Midwest, Japan, Guam and the Marshall Islands. His sound is also featured their releases, Reincarnation (2008), Live at the UW Terrace (2013), Suffice (2010), and their newest release, Divine Spark (2016).

His music serves as the soundtrack to the television series, Tasty Guide to a Healthy Planet by David Haldiman and Amelia Royko. As a studio guitarist, Louka’s credits include Hal Leonard Signature Licks Roy Buchanon (2014), Pat Metheny’s Bright Size Life (2015) and the Grateful Dead (2015).

Opening our show, Louka will be playing with Lawnmower. This new bluegrass-focused project made its debut at Atwood Fest this summer. With a lineup featuring guitarist/songwriter/educator Louka Patenaude, Starr Moss (a former member of Henhouse Prowlers), and Isaac de Broux-Slone (of rock heroes Disq)